Jason Arkles is an American sculptor working in the traditional methods and materials that one would normally associate with a sculptor from Florence. His large-scale figurative work in bronze, marble, terracotta, and wood can be found in public, private spaces, museums, cemeteries, and churches in Europe and America. That includes the façade of Saint Mark’s English Church in Florence. He was trained in the studio of Charles H. Cecil (the human figure in clay), in Studio Sem in Pietrasanta (marble), and in a Pontifical Academy in Rome (sacred art). Jason himself now runs a small teaching studio in Florence, Studio Della Statua, in tandem with his professional career.

Regarding himself as a practitioner of sculpture rather than an academic, Jason nevertheless has presumed to self-publish two small books on sculpture; Sculpting From Life, a manual for sculpting in clay using a living model, and the other, On Sculpture by Leon Battista Alberti, a translation and commentary on Leon Battista Alberti’s Della Statua. He is currently working on his third, which will detail the history of visually-oriented sculpture technique as practiced in the ateliers of 19th Century France.

The Sculptor’s Funeral Season 1: From the Gothic Era, into the Renaissance WithJason Arkles 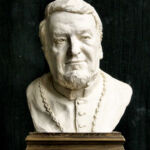 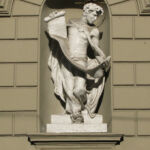 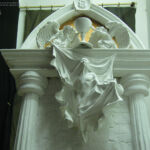