A sculptor of international acclaim, David Simon’s career has ranged from sculpting life-size portraits and figures to overseeing the construction of massive bronze statues, including the giant Leonardo da Vinci Horse project. He created maquettes and sculptures for films such as Where the Wild Things Are, Fantastic Four, and Watchmen. He has taught sculpture for more than 20 years and is the founder of The Rome Workshops in Rome, Italy. Currently, Simon holds private workshops abroad and at his Los Angeles studio.

Modeling the Portrait in Clay Part 8: The Expression WithDavid Simon 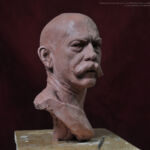 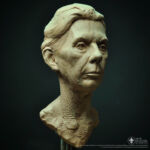 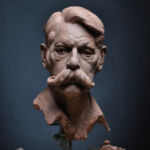