Danny Galieote was born and raised in Los Angeles, California. He has been working professionally out of his studio for more than 20 years. He attended several colleges, including the California Institute of the Arts and Art Center College of Design, where he taught figure drawing and painting for many years. From 2008 to 2013, he taught similar subjects at the Los Angeles Academy of Figurative Art. Galieote also had a long career as an instructor and traditional 2D character animator at the Walt Disney Animation Studios on films such as The Lion King, Hercules, and Tarzan. Galieote is now a full-time painter, represented by Maxwell Alexander Gallery in Los Angeles. 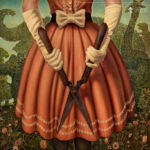 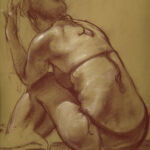 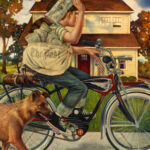 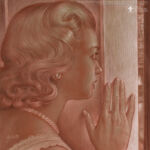