Joe Weatherly is a Southern California-based artist, specializing in drawing and painting animals. His style is bold and vigorous, capturing the essence and drama of the subjects he draws and paints. Weatherly has published several books on animal drawing, including The Weatherly Guide to Drawing Animals, Animal Essence: The Art of Joe Weatherly, and the Joe Weatherly Sketchbook. He has also taught drawing at Nickelodeon Animation, DreamWorks Animation, Universal Studios, Art Center College of Design, Laguna College of Art and Design, and The Academy of Art in San Francisco.

Passionate about the conservation of the natural world, Weatherly hopes his work will motivate people to protect and promote its survival. Weatherly has had several solo shows at the Ford Motor Company’s Corporate Headquarters, California State University Fullerton, and Galerie Daniel Maghen in Paris, France. His work is hung in private collections across Europe and North America. 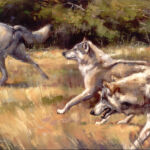 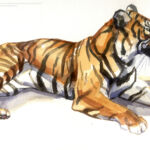 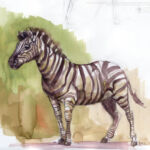 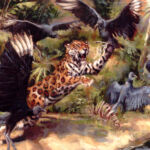