The late Gary Meyer was involved with painting, illustration, graphic arts, and sculpture since the 1960s. His past clients included all the major motion picture studios and major aircraft companies. Meyer has worked on movies such as Star Wars, Jaws, Star Trek- The Movie, and The Thing. He maintained a 30-year relationship with Universal Studios as a design consultant on many projects such as the Jurassic Park Ride, Seafari, and the Back to the Future Ride. He also created album cover paintings for Chicago, the Jacksons, the Beach Boys, the Persuasions, and others. After leaving the entertainment business, Meyer spent decades teaching. He was an instructor at Art Center College of Design for 23 years, serving as a Professor and Master of the College. Gary was the recipient of the first Faculty Award, as well as 17 Great Teacher Awards. Gary’s legacy will live through his contributions to the art world and the knowledge he bestowed onto his students. 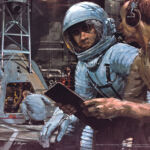 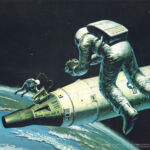 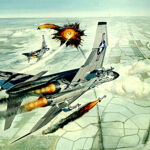